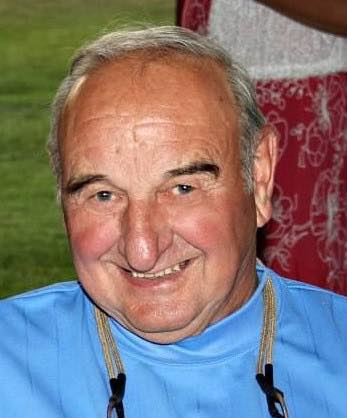 The son of the late Frank and Dorothy (Lewis) Krieger, he was born August 19, 1930 in Joliet, IL.  He moved to Bristol, WI in the late 1940’s.  He graduated from Wilmot High School in 1949 where he excelled in athletics.  He was an All-Conference basketball point guard and high scorer in the league for the Wilmot Panthers.

Richard met his wife, Beverly, in the United States Air Force. On Nov. 1, 1952, he married the love of his life, Beverly Ann Lien, at Holy Name Church in Wilmot, WI. After a five-day honeymoon to Colorado Springs, which Richard and Beverly won from the Welcome Travelers Show in Chicago, Dick was deployed to Northern Japan during the Korean Conflict.

Richard and his father, Frank, owned and operated the Krieger Fur Farm in Bristol which was a thriving business for over 60 years.  Richard was well-respected in the fur industry serving on the board for several mink associations including GLMA, EMBA and American Legend.   He, along with his father, Frank and his son, Gerald, raised some of the most sought after Black Glama mink in the world building a well-respected global business and brand.  He loved the genetics challenge and the science of the mink business.  Richard helped shape a very successful mink industry while holding these leadership positions, and travelled to Europe meeting leaders of the fashion industry and representing the U.S. fur industry.

Richard was involved in the Lakeland Little League for years.   He also enjoyed officiating high school basketball games at Wilmot and Westosha Central High Schools.  Sports was his love, and you could find him playing 16” softball for the Tirabassi National Championship Softball Team in the summer, or playing basketball in the Kenosha leagues during the winter.

His passion for music was known by many as a member of the Brass Ball Bangers Band, known for entertaining people in the Kenosha Area for years.  Richard was the Boompas Stick player and the front man for the band, always telling jokes, singing and playing the old standards.  He was very talented with his ability to play the ukulele, organ, piano, accordion, harmonica and stump fiddle.  Dick and his family spent many nights singing to his favorite songs!

Funeral services honoring Richard’s life will be held privately. Private interment will take place in St. Scholastica Cemetery. In lieu of flowers, memorial remembrances can be made to your local schools music program.

The family would like to extend a special thank you to incredible nursing staff at The Addison of Pleasant Prairie and Hospice Alliance Inc./Hospice House for the compassionate care they provided Richard.