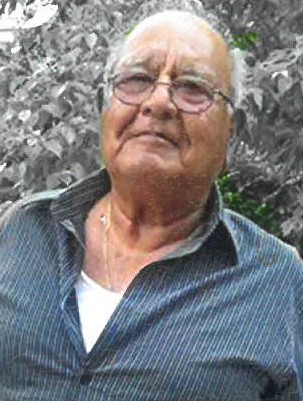 Rafael Castillo, Jr, age 78, passed away at his residence on Sunday, September 5, 2021 surrounded by his loving family.

Born in San Antonio, TX on September 27, 1942, he was the son of the late Rafael and Augustina (Martinez) Castillo, Sr.

On December 27, 1975, Rafael was united in marriage to Patsy Vasquez.  Their union was blessed with 45 years of marriage and raised a family of six children.

Rafael owned and operated Castillo Produce until his retirement in 2010.

He enjoyed dancing, cooking, flea marketing, fishing with friends and was an avid Green Bay Packers fan.  Rafael enjoyed spending time with his family and loved his grandchildren dearly.  When it came to his grandchildren, he would soften up and always made sure he had McDonald’s money for them.

In addition to his parents, Rafael was preceded in death by his sister, Frances (Panchi) Moreno; his brother, Rodolfo (Roro) Castillo and his brother-in-law, Lino Vasquez.

A visitation for Rafael will be held on Thursday, September 9, 2021 from 10:00 a.m. until the time of the service at the funeral home.