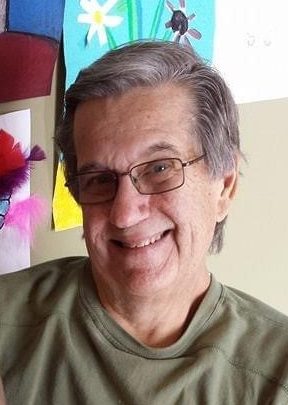 Born on August 3, 1949, in Kenosha, he was the son of the late Alger and Florence (Manthey) Ryshkus. He grew up attending local schools, was a graduate of St. Joseph High School and received his bachelor’s degree in Radio-Television News and Public Affairs from Southern Illinois University at Carbondale.

On September 4, 1988, he was united in marriage to Nancy M. Hare in Kenosha. Their union was blessed with 22 years of marriage before Nancy’s passing in 2010.

Les spent 30 years as a Copy & Wire Editor for the Kenosha News.  He was Vice President of the Midwest District Council of The Newspaper Guild and received the Easter Seal Personal Achievement Award from the Easter Seal Society.

He enjoyed writing and music- the Foo Fighters and in particular the local band, Dropping Daisies.  He was an avid fan of the Chicago Cubs & Green Bay Packers and enjoyed participating in Fantasy Football & March Madness leagues.

In addition to his parents, Les was preceded in death by his brother and sister-in-law, Gene & Peg Ryshkus and his brother-in-law, Norman Young.