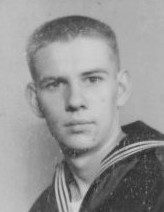 Born on May 22, 1939, he was the son of the late Frank and Grata (Wolfe) Houston.  He attended local schools and graduated from Bradford High School.

On April 29, 1967, Dennis was united in marriage to Carol Chiappetta.  They were blessed with 54 years of marriage.

He was a member of St. Mark’s Catholic Church.

Dennis was employed with Eaton Corporation and worked as a wedding photographer on the weekends.

He enjoyed photography and hunting.  He loved spending time with his grandchildren and his dog, Ling.  Seeing his granddaughters play the violin brought him joy.

In addition to his parents, Dennis was preceded in death by his beloved wife, Carol Lee Houston.

A gathering of relatives and friends will be held on Thursday, January 19, 2023 from 1:30 p.m. until the time of the service at the funeral home.

In lieu of flowers, memorial remembrances may be made to the family.