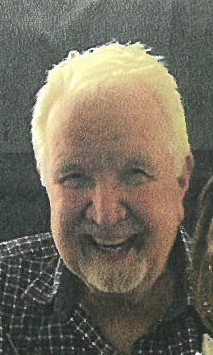 Bernard Rosmann passed away peacefully at his home on Thursday, September 15, 2022 with loved ones by his side.

He was born to the late Leo (Benny) and Helen (Skendzel) Rosmann on November 27, 1932. He graduated from St. Mary’s Grade School and Mary D. Bradford High School. In his senior year (1950) at Bradford, he met a cute little red haired country girl. They dated for a few years and then went their separate ways.

Bernard worked for his father’s excavating business, the Leader Store, Simmons, and retired from Tri-Clover after 40 years.

In May of 1954, he married Joyce Giannoni. She preceded him in death in 2009. Together they had 3 children, Sherry, Kathleen and Daniel.

His favorite pastime was watching the business channel and going to casinos. His pride and joy was his 1997 Lincoln Towncar, often referred to as the S.S. Rosmann!

After the passing of his wife, he was reunited with the country girl, Audrey Horton. For the last 13 years, they enjoyed cruises, trips to casinos, and spending winters at her Holiday, FL home and summers at his home here in Kenosha.

In addition to his parents and his wife, he was preceded in death by his daughters, Kathleen Rosmann Gerou and Sherry Rosmann Bobick; his brothers, Robert and Kenneth Rosmann, and his brother-in-law, Byron Biehn.

Bernard is survived by Audrey; his son, Daniel Rosmann; his grandchildren, Kristina Rosmann, Michael Rosmann, Kevin Gerou, Cody and Nichole Bobick; his nine great-grandchildren; his sister, Kathleen Biehn; his sister-in-law, Ruth Rosmann, and his many nieces and nephews.

The family would like to extend many thanks to Alicia Alcorta and Hospice Alliance.

Funeral services honoring Bernard’s life will be held at 12:00 p.m. on Monday, September 19, 2022 at the Piasecki Funeral Home.

A visitation for Bernard will be held from 10:00 a.m. until the time of the service at the funeral home.

In lieu of flowers, memorial contributions made to Shriner’s Hospital for Children www.lovetotherescue.org would be appreciated.