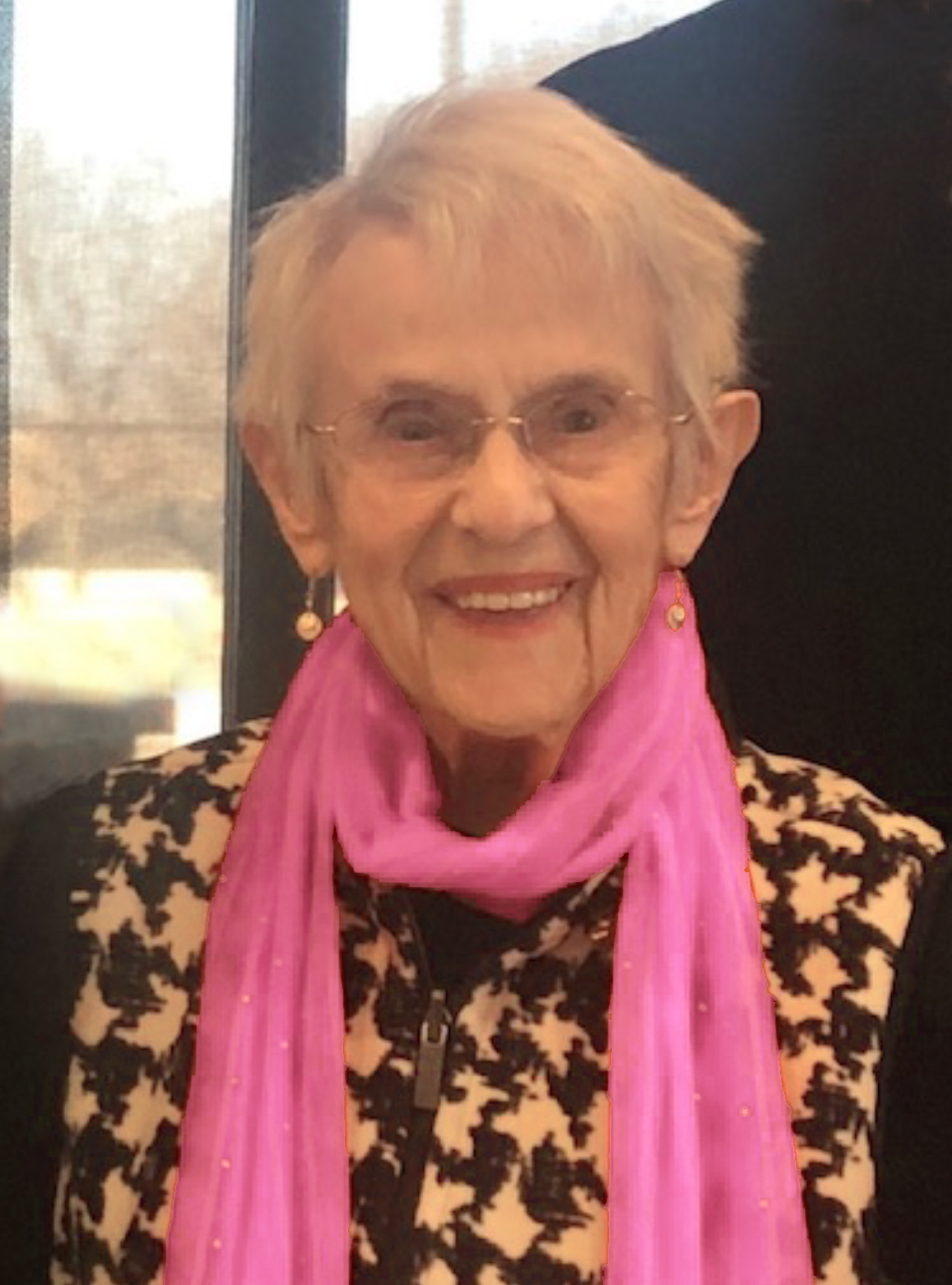 Born in Kenosha on April 26, 1926, Alma was the daughter of the late Anton and Josephine (Suma) Lazza (Laca), immigrants from Shkoder, Albania. Alma attended St. George Elementary School and graduated from Kenosha High School in 1944.  On July 4, 1949 at St. George Catholic Church Alma married William L. Lindl in a double wedding with her sister Agnes, who married Arthur Richter. Bill and Alma shared 44 loving years together until his death on December 31, 1993. Agnes died April 7, 2003.

Alma’s world revolved around motherhood and family. The years raising her five children were the happiest of her life. Caring for and creating memories with family, including parents and in-law parents, were her joy.  In her later years, Alma’s favorite times were the Lindl Quarterly Celebrations where she witnessed the legacy of love continue through the close-knit relationships of her children, grandchildren and great-grandchildren. A family friend once told her, “This is quite a family you have woven.”

After her children were raised, Alma returned to college, earning a Library Technical Degree from Gateway Technical College where she managed the Library Circulation Desk for 17 years until her retirement in May 1992.

Alma was a passionate musician, playing trumpet in the high school concert band, orchestra, and the first female to play in the high school Swing Band (where she met husband, Bill). During her teenage years and early 20s, she was the bugler at Pottawatomie Hills Girl Scout Camp.  In 1940, she became a member of the Kenosha CYO (Catholic Youth Organization) Band playing the trumpet and marching in the band. She was a lifelong member and supporter of the organization. In 1989, Alma served as co-chair of the Planning Committee for the first Outdoor Mass for the 50th Anniversary of the CYO Band.  This annual event continues to unite all Catholic parishes of Kenosha in the Celebration of the Mass.

As a first generation American with only one relative in the U.S., Alma’s friendships were especially dear to her including: her wonderful neighbors on 35th Street where she lived for 49 years (in a home designed by architect father-in-law Joseph Lindl); Harbor Park neighbors where she enjoyed the ambiance and fun of lake living and the distinction of being the first resident of the complex, heartily welcoming new residents; new friendships made and engaging activities shared at St. Catherine’s Commons (Kenosha), Regency ProHealth (New Berlin) and most recently, St. Camillus (Wauwatosa). At age 88, Alma traveled to Shkoder, Albania, where she discovered a relative, cousin Engjelli Ceka and his family. Alma and family are grateful to Sister Vera Lleshi and the Angelic Sisters of St. Paul for providing the opportunity for Alma to meet these relatives, and for their Order continuing the ministry of Alma’s cousin, Sister Lucia Lazza.

Alma loved a party and all that went with planning and hosting. She was a terrific cook, avid reader, enjoyed knitting and crocheting, all genres of music including singing in the Carthage Community Chorus with Bill; and in later life, watercolor and sketching. She was a lifelong member of the Kenosha Catholic Women’s Club and served as an Honor Guard for many years.

A Mass of Christian Burial will be celebrated at 11:30 a.m. at St. Mary Catholic Church, 7400 39th Avenue.  The Mass may be viewed via livestream on Friday, September 30, 2022 at 11:30 a.m. on the following link http://facebook.com/PiaseckiFuneralHome/live/. You do not need Facebook to watch.  Relatives and friends are asked to meet at the church for Mass.

A gathering of relatives and friends will be held on Friday, September 30, 2022 from 9:30 a.m. until the time of the service at the church.

In lieu of flowers, memorials can be made to St Joseph High School, Kenosha CYO Band or Kenosha Catholic Women’s Club.